Tribal cultures and nature in its purest form

Route designed to discover very special corners of Papua New Guinea -"Land Of The Unexpected"-, the most diverse and least known country in the world. We will explore 3 eco-regions of the country: South Coast facing the Coral Sea, with tattooed ethnic groups and mountainous jungle, the North Coast with crystal clear waters, estuaries, volcanoes and fishing ethnic groups, and finally the mountainous region of Kalam to visit and live with a of the most isolated ethnic groups on the island. In this region of misty forests we will be able to admire the extraordinary birds of paradise.
Located below the Equator and just above Australia, Papua New Guinea is the second largest island in the world. With more than 600 tribes speaking more than 800 languages, Papua New Guinea's richness and diversity surpasses anything you could have imagined.

The guide for this trip will be Xavier Calvo Vergés, who has known from his childhood on the tribes and culture of Papua New Guinea. More information about the guide.

Highlights on the expedition to Papua New Guinea

We will start our trip on the Tufi peninsula, on the north coast facing the Bismark Sea. With a spectacular coastal landscape in which jungles, volcanoes and the sea merge, the tribes of the Tufi area still maintain their tattoo and handicraft traditions, with delicate and colorful clothing. Then we will move to the south coast, at the foot of the Cora Sea, to visit the Mekeo and Roro tribes. The work of Catholic missionaries began in this area at the end of the 19th century and it is ideal to learn about the evolution of the culture and customs of native societies. The dances of the Mekeo stand out for their spectacularity due to the color and sophistication of their clothing and head ornaments. Finally we will ascend to the Highlands, whose remote valleys were first explored in 1930. Among the many tribes, the Kalam stand out, whose traditional clothing is one of the most refined and spectacular in the entire country. 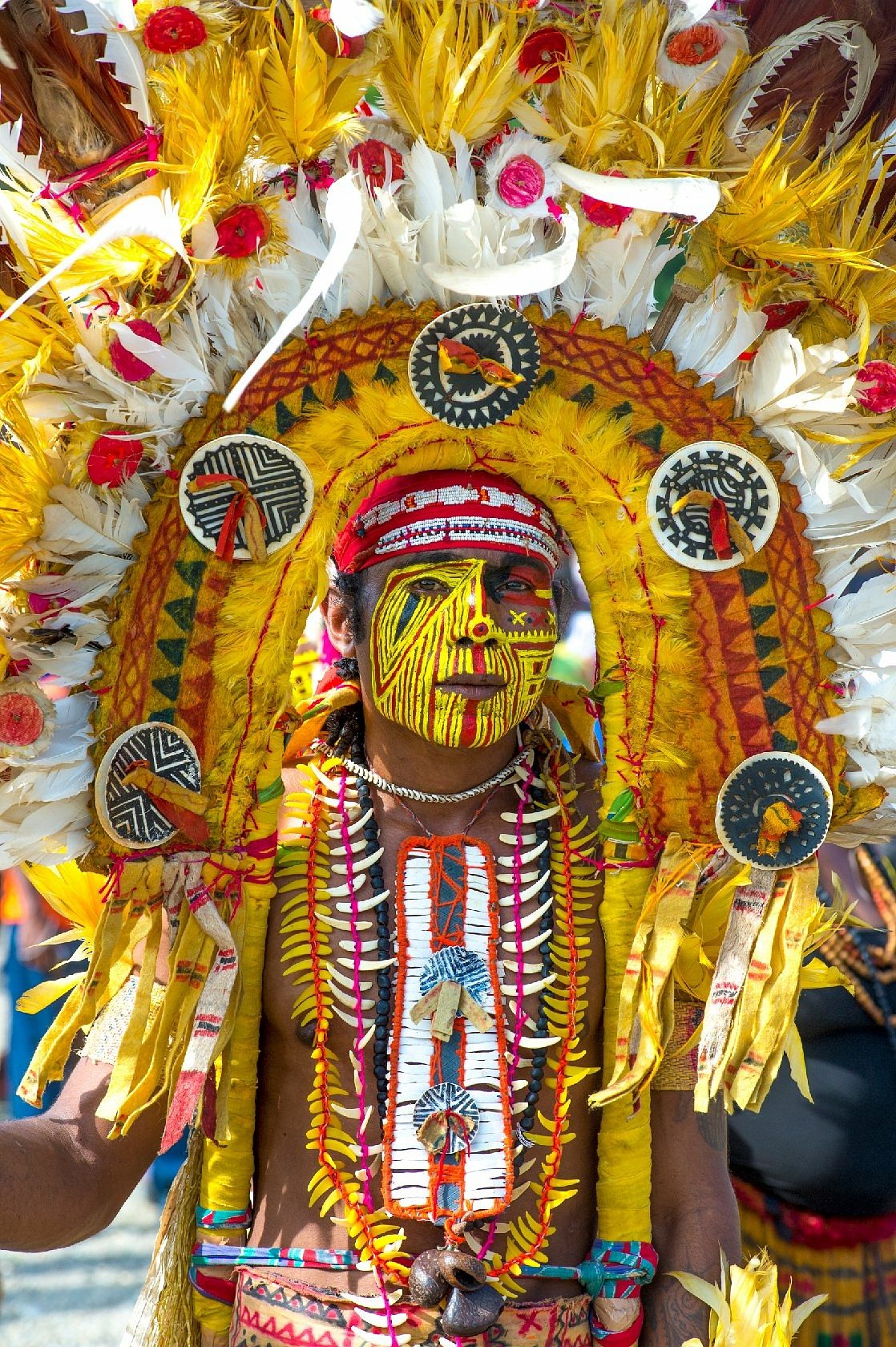 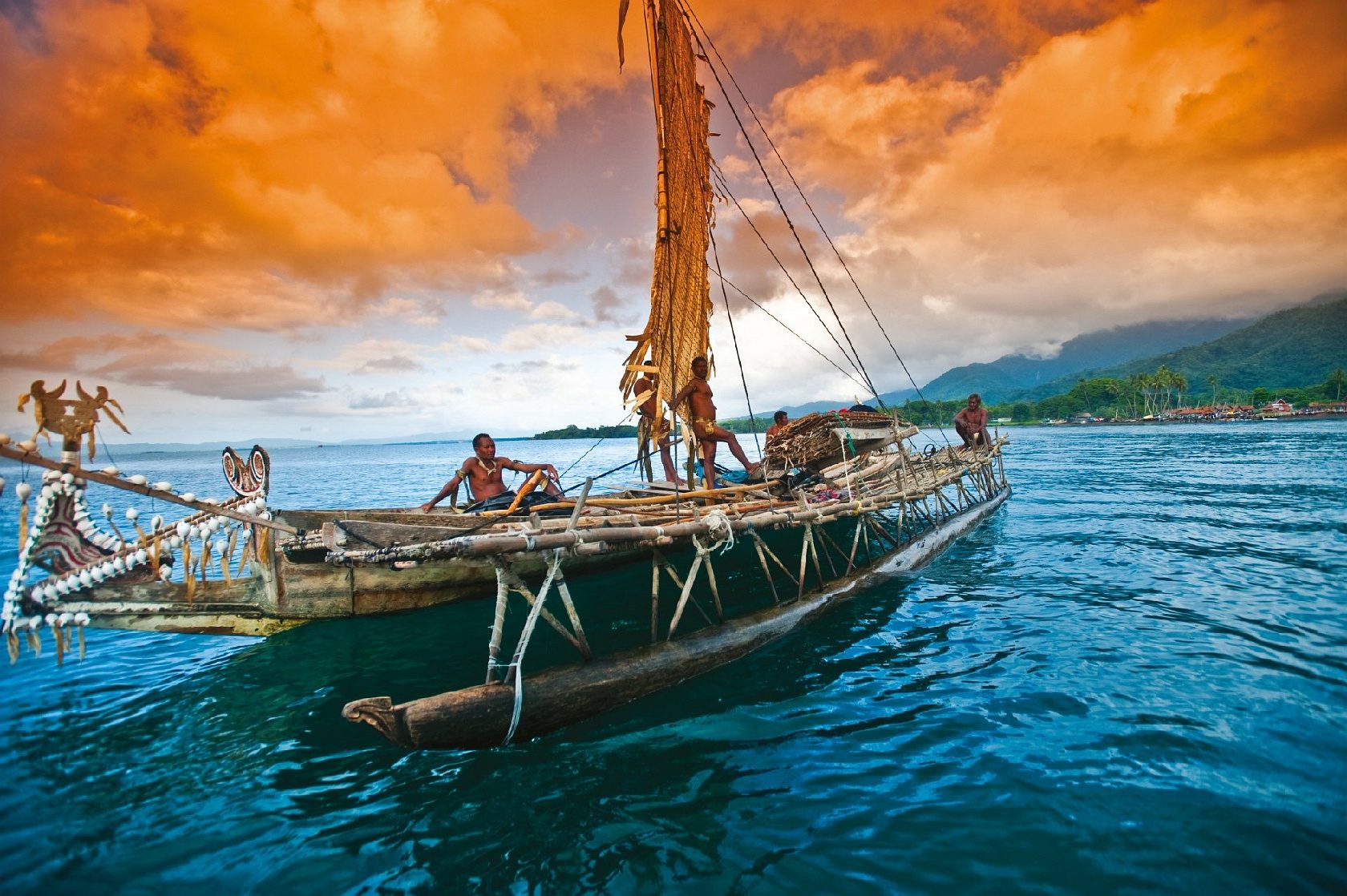 With more than 600 tribes in a spectacular terrain, Papua New Guinea is the most culturally diverse country on the planet. Each tribe stands out from the others for its customs, language and clothing. In this expedition we will live with three of the most significant: the Mekeo and the Rorofrom the southern coast of the Coral Sea, the tribes of the Tufi (korafe, miniafia, arifama, kerebi) in the estuaries of the north coast facing the Bismarck Sea and which are a beautiful compendium of the culture of Papua New Guinea, and the Kalam in the Simbai area of the Highlands of Madang province. Although the country, given its size, provides for many months of discoveries in the ethnographic aspect. 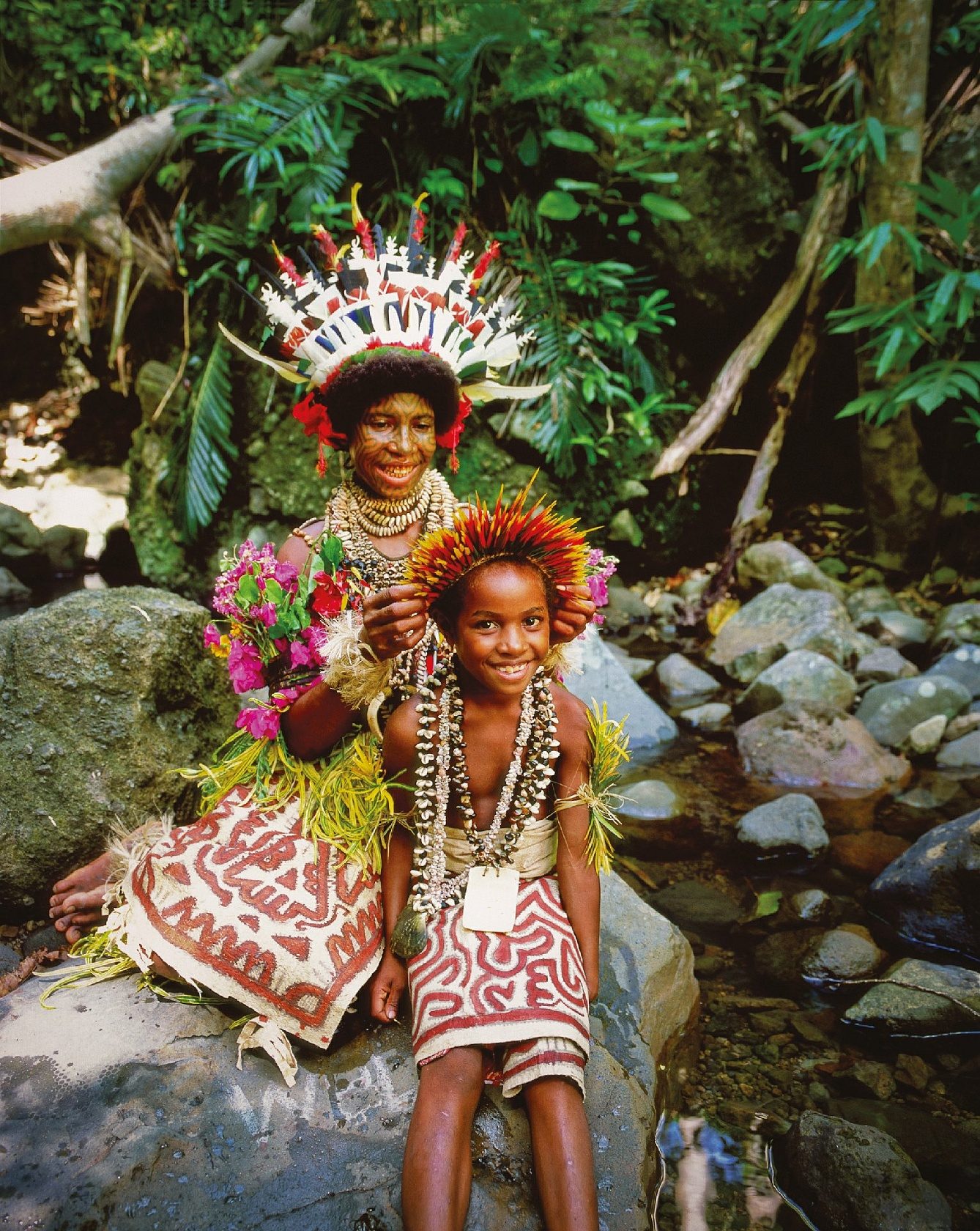 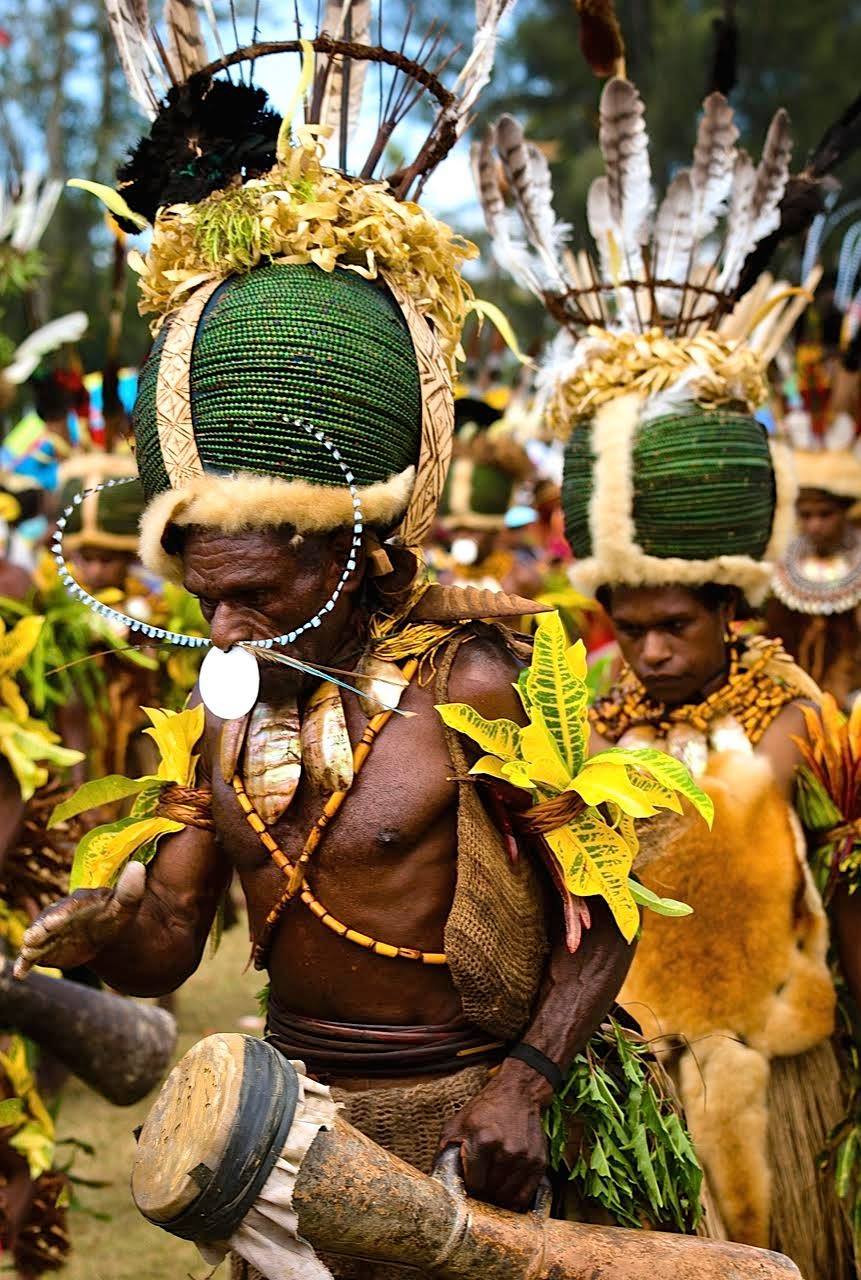 Located just below the equator, Papua New Guinea offers a diversity of spectacular and unspoiled ecosystems. The central mountain range, with peaks higher than 4,500 meters, and which hides hidden valleys and dense tropical forests (the third in the world for its size), descends towards vast flooded areas of the coast where innumerable rivers drift towards the sea meandering for hundreds of kilometers.
In its more than 20,000 kilometers of coastline we find beaches adorned with immense palm groves, but in others the tropical forests of the volcanoes melt dramatically into the sea.
In addition to the large main island, Papua New Guinea has more than 600 other islands, some of volcanic origin and others coral, grouped into numerous archipelagos, of unparalleled beauty and spectacularity. On our trip we will have the opportunity to visit the lower meandering area of the Angabunga River, which flows into the coconut palm beaches of the Kairuku region, the spectacular Tufi coast, made up of volcanic estuaries and between whose populations we will travel in the dinghi (boats local), and the tropical forest valleys of the Simbai mountainous area. 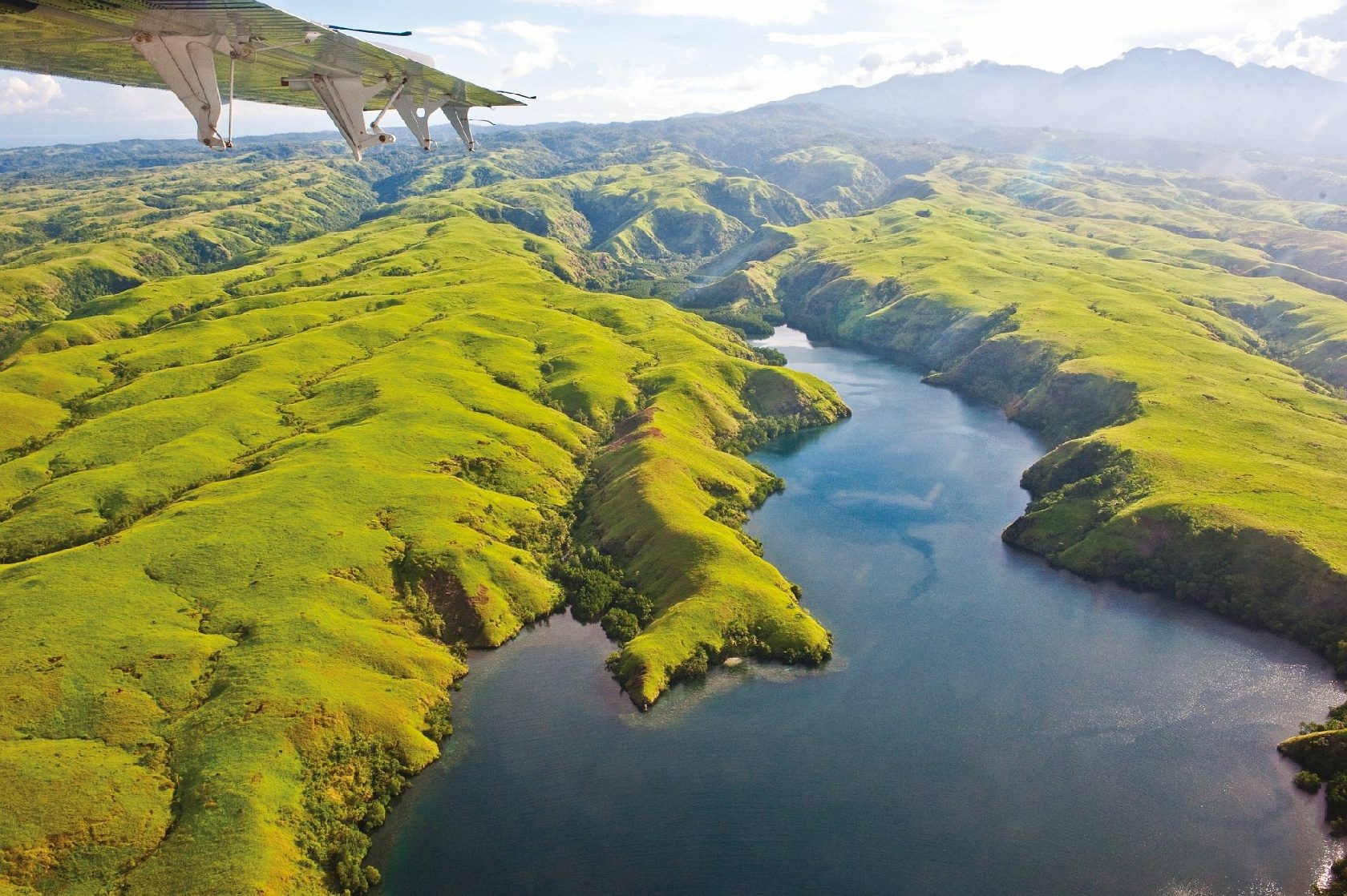 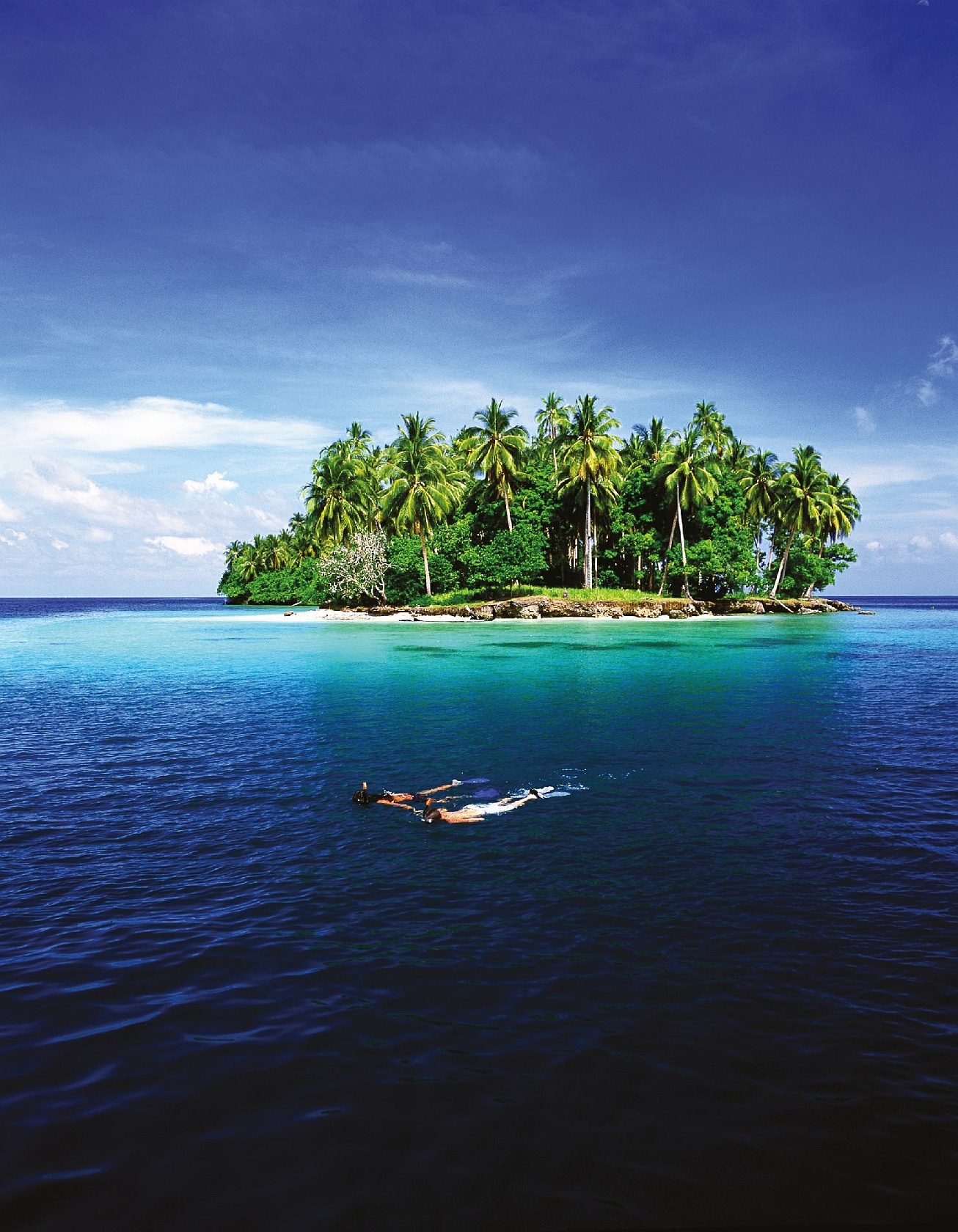 A paradise of endemic flora and fauna

Our trip will allow us to enjoy the unique wealth of flora and fauna that extends throughout Papua New Guinea. n the area of Tufi, the presence of the Queen Alexandra bridwing butterfly stands out, the largest known and whose wings of vivid colors reach to reach 30 cm. The Goura Victoria pigeon also lives here, which, with its spectacular crest, is the largest on the planet, up to 70 cm. But Papua New Guinea stands out above all for its variety of birds of paradise, the Raggiana being the most beautiful of all and that inhabits both the tropical forests of Tufi and those of the Simbai area. A great variety of marsupials are also found in the areas that we will visit. Lovers of botany will find themselves in the orchids paradise. Papua New Guinea is home to more than 3,000 endemic species, two-thirds of the planet's. Finally, the Tufi coast offers a great wealth of marine species between its estuaries and the coral maritime zone. 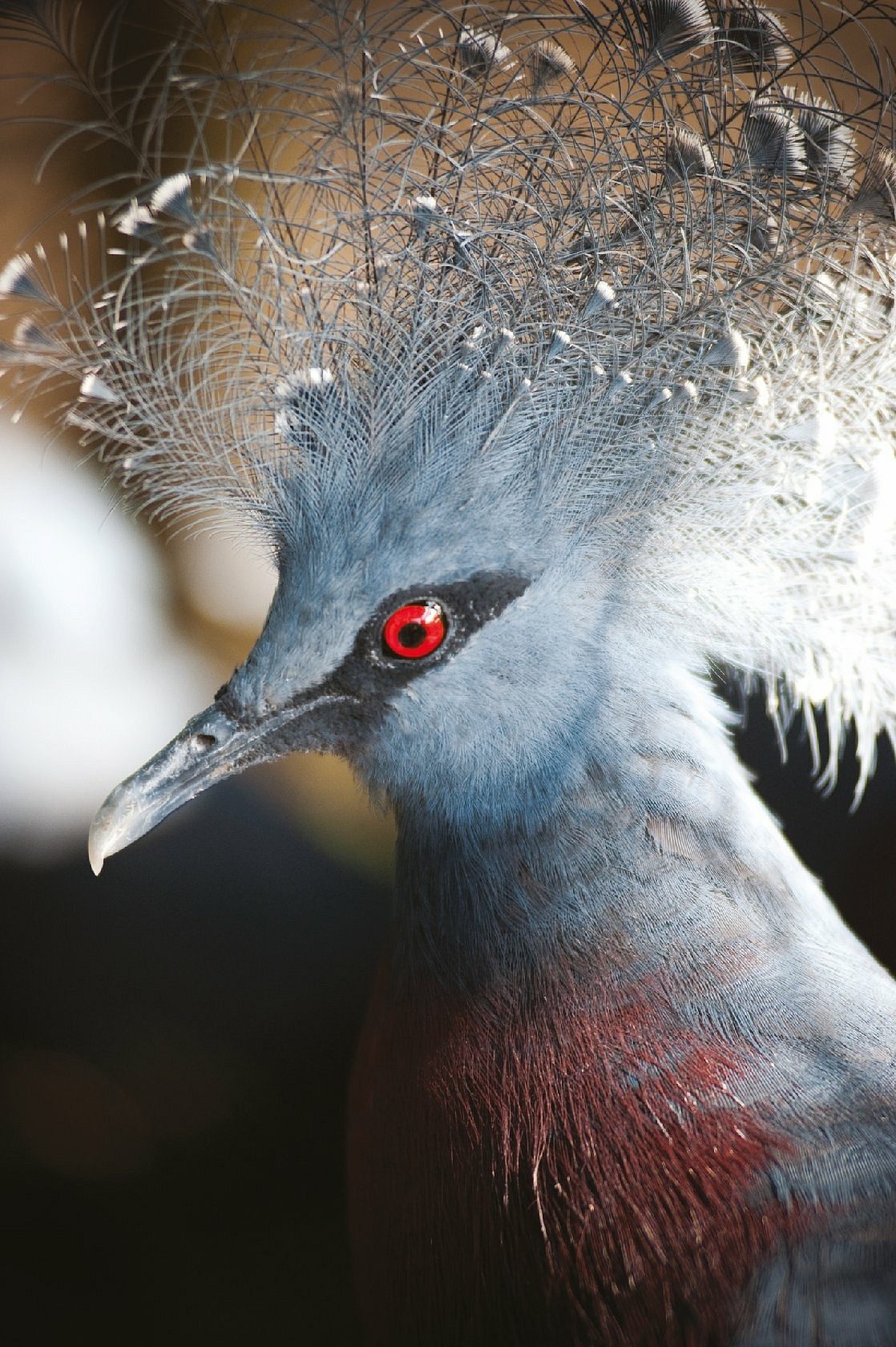 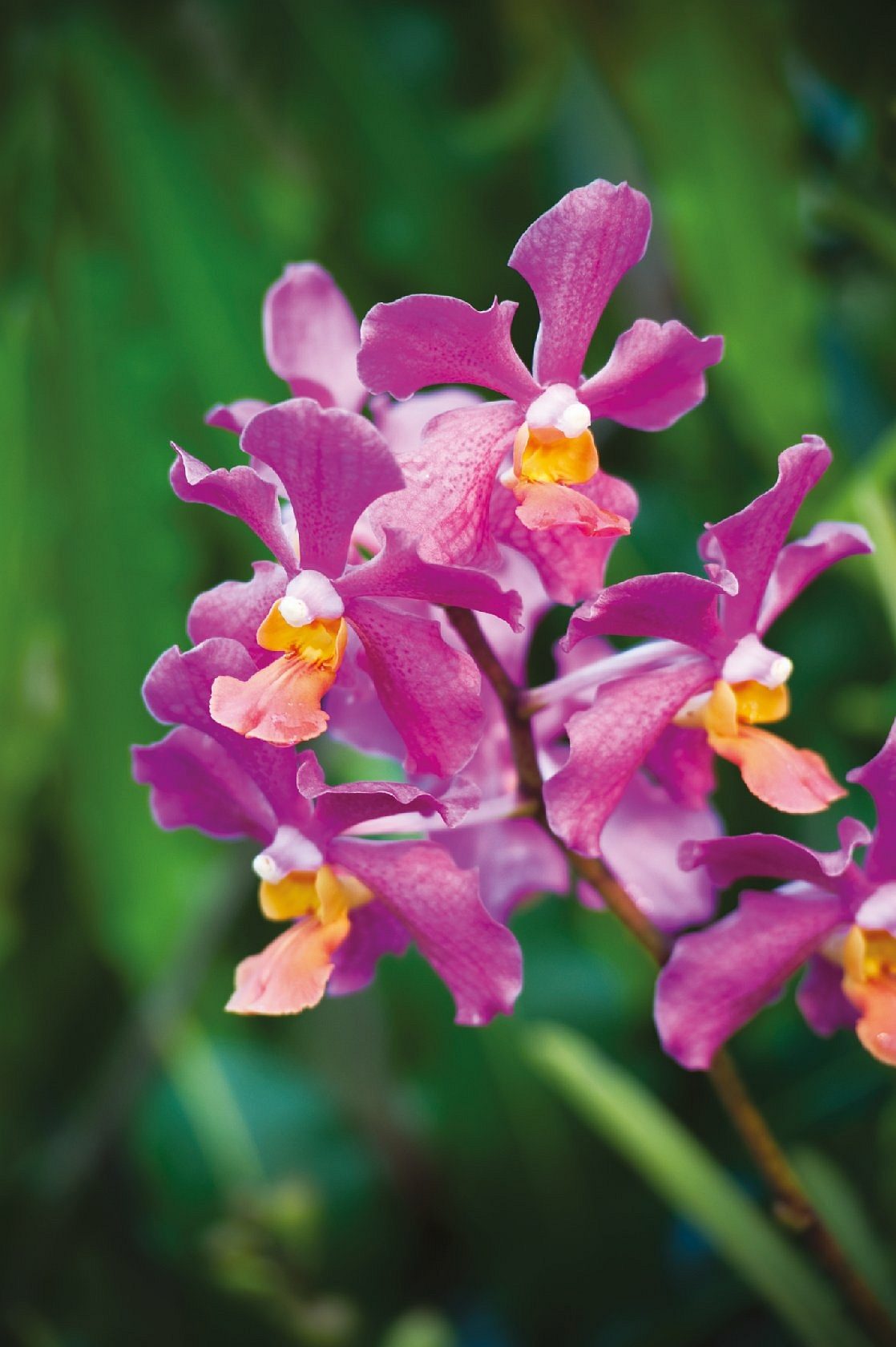 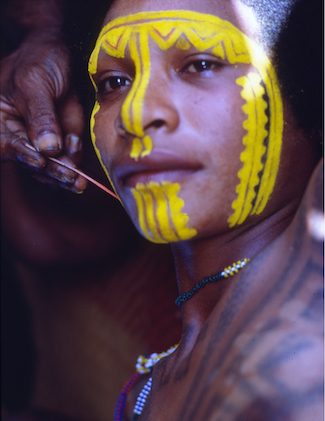 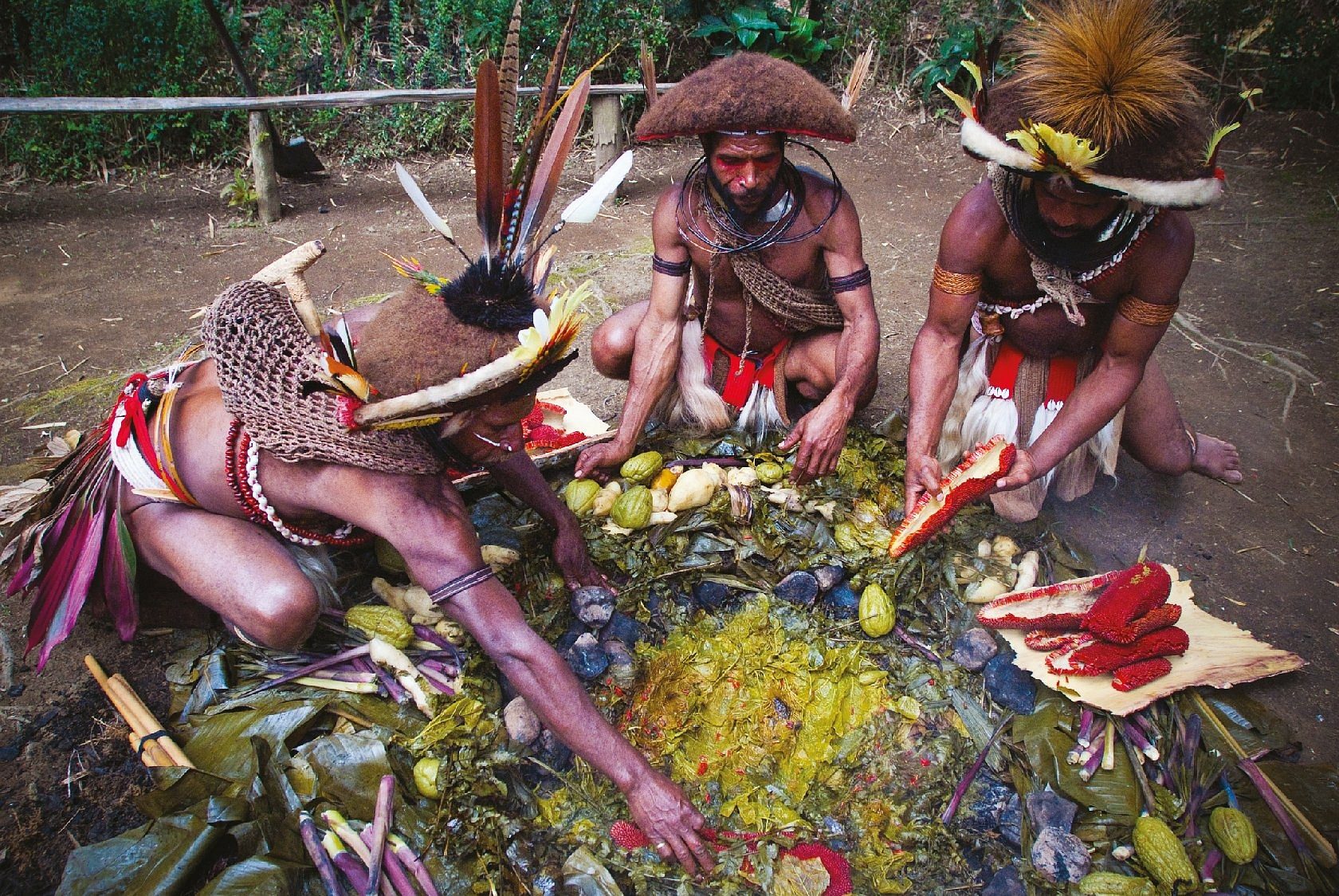 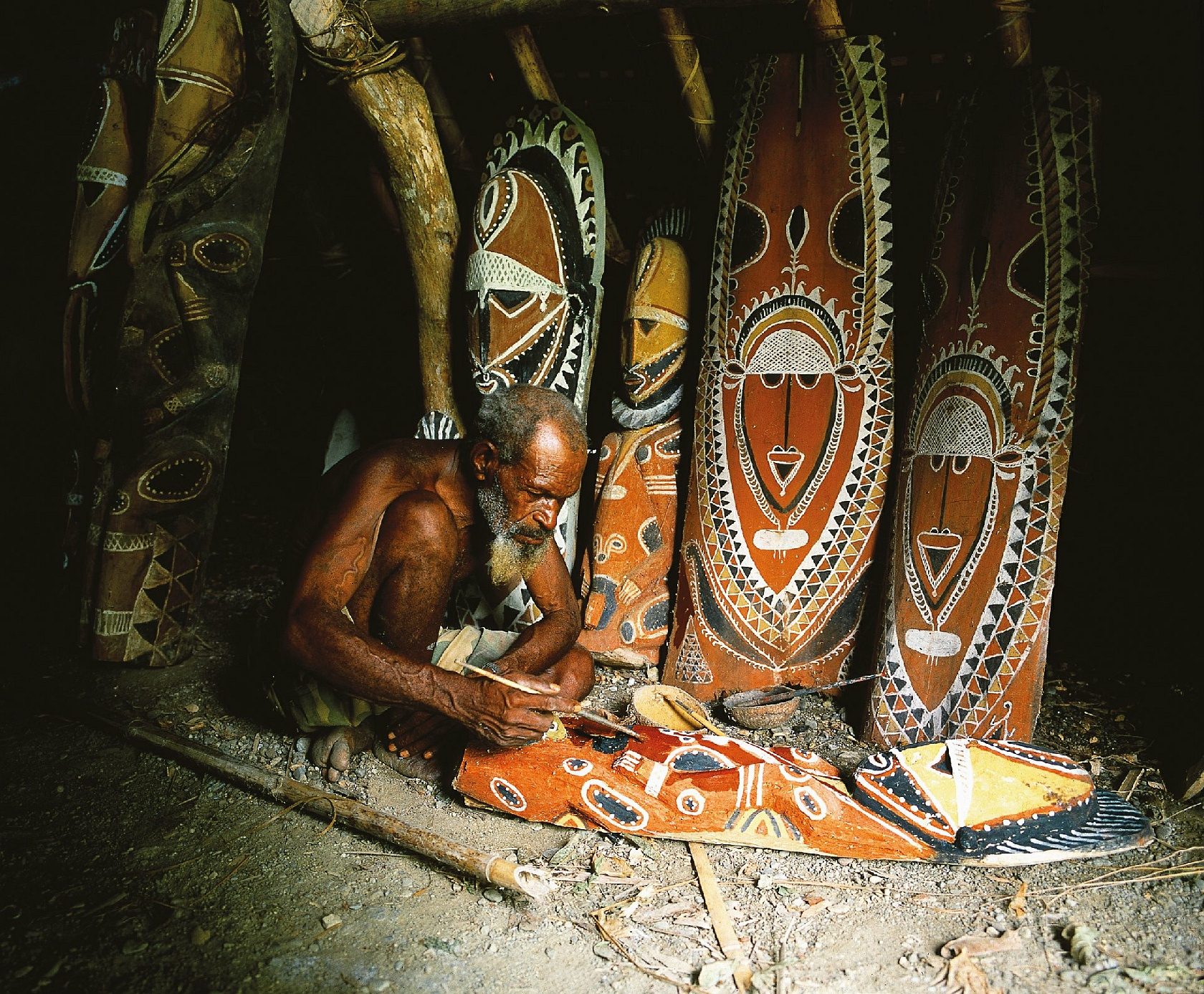 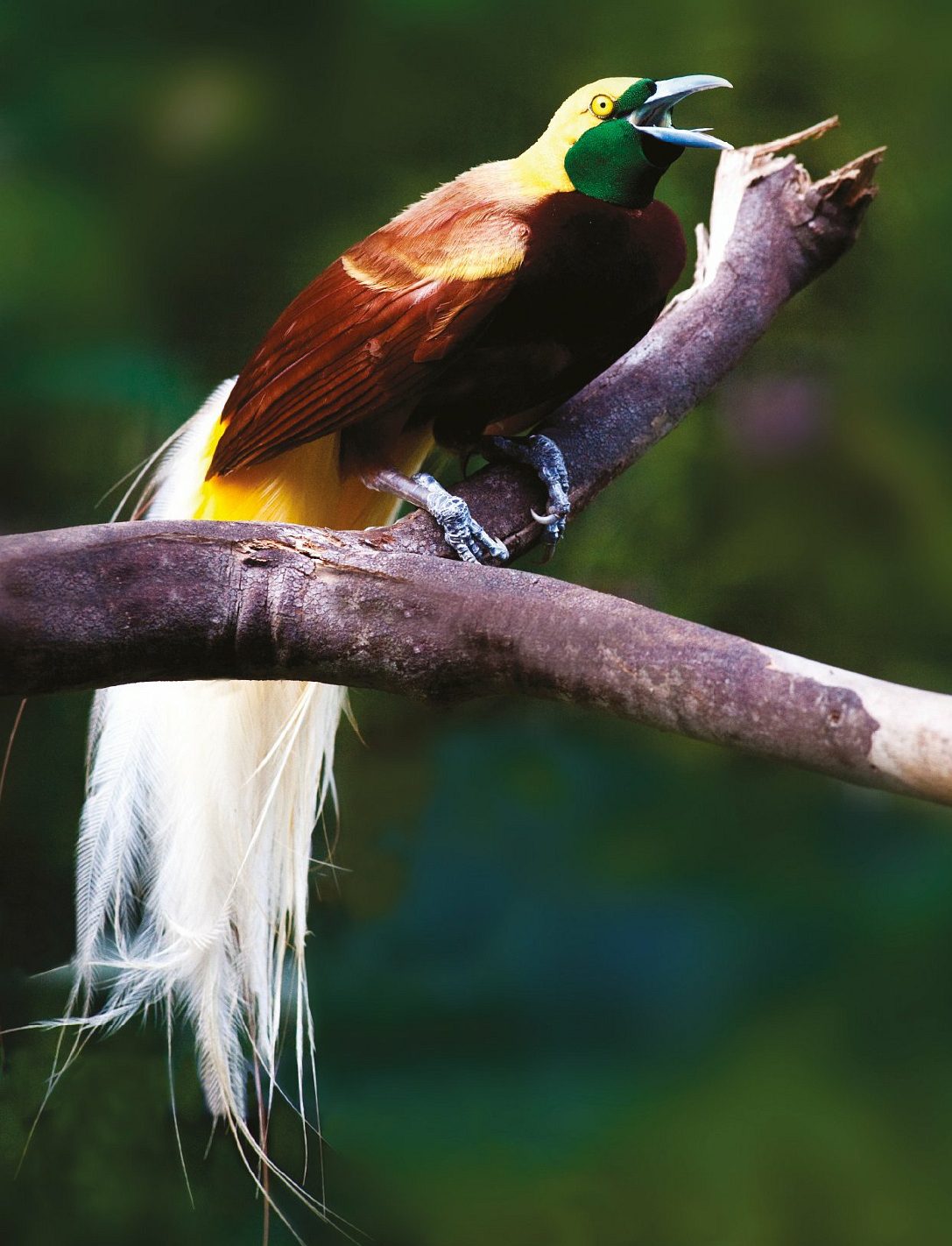 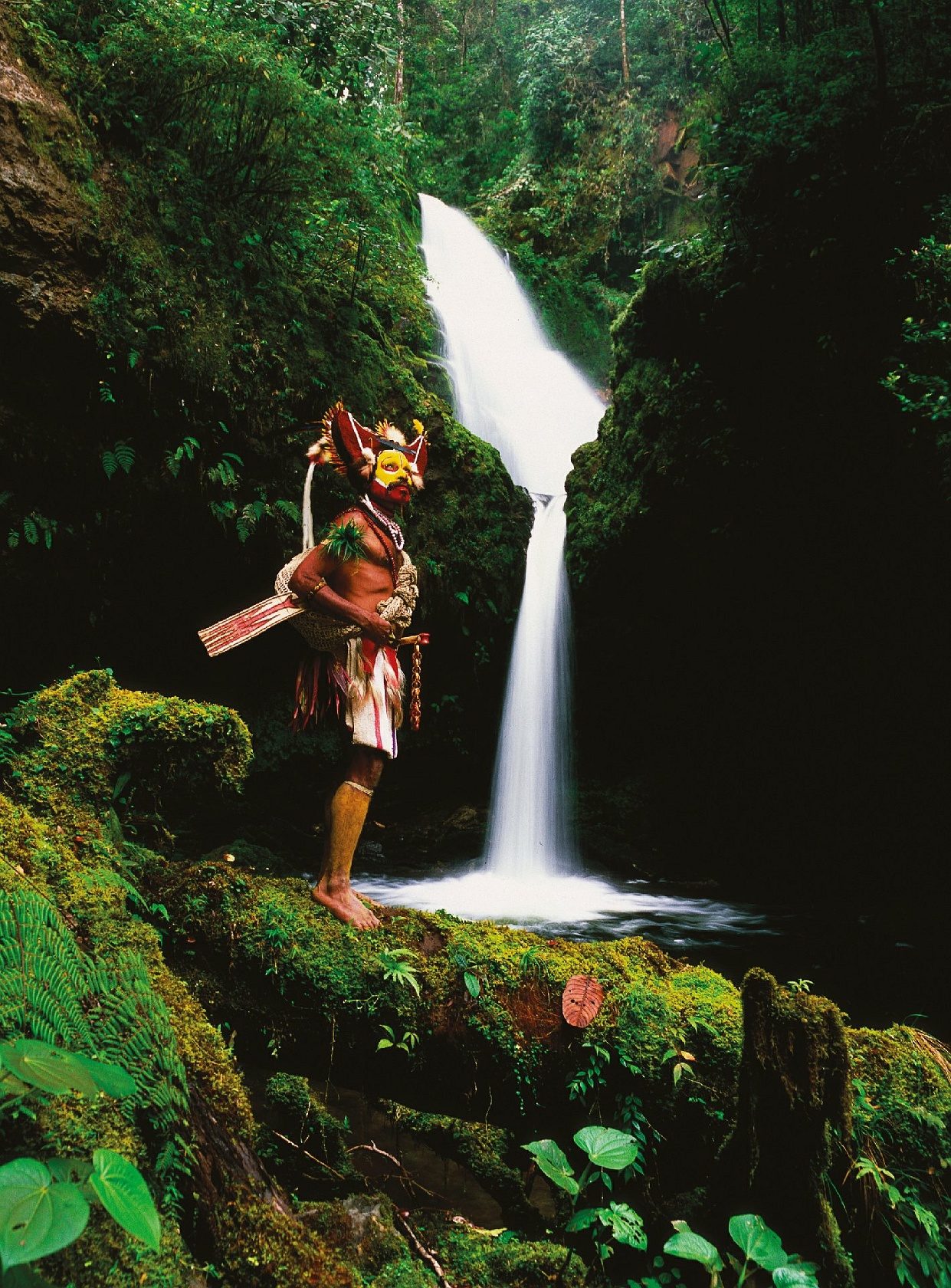 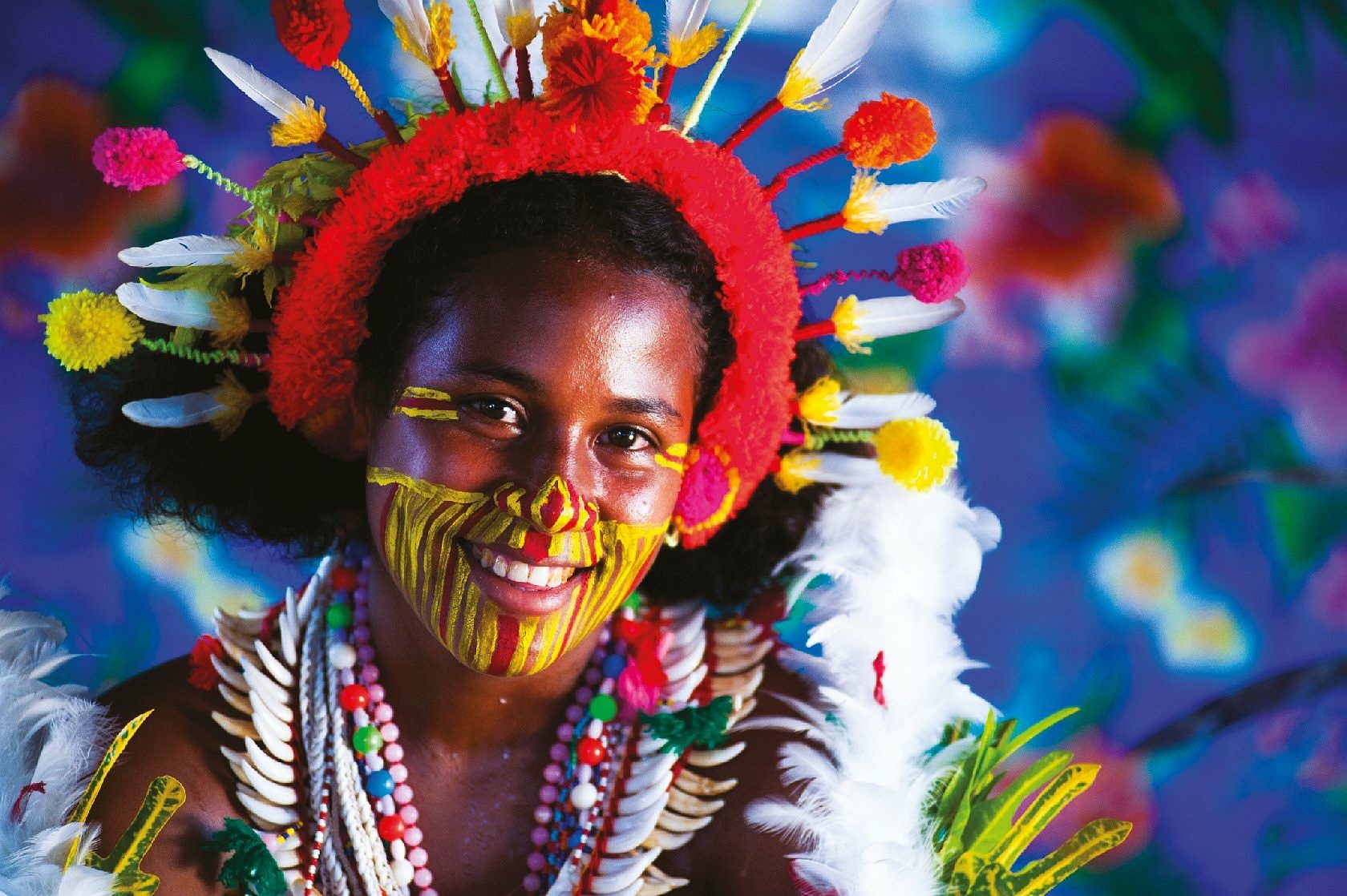 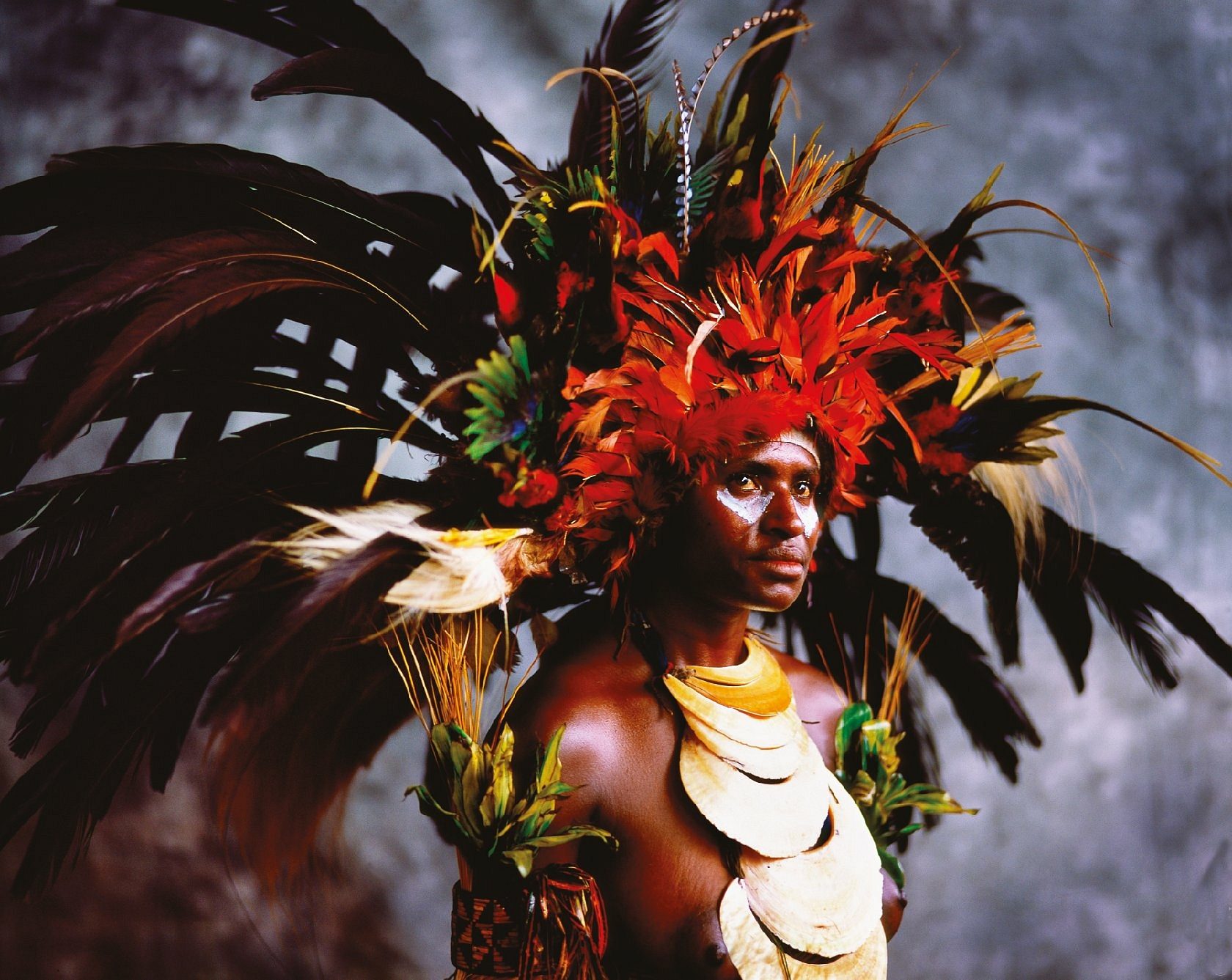 Below, you will find the map of Papua New Guinea. 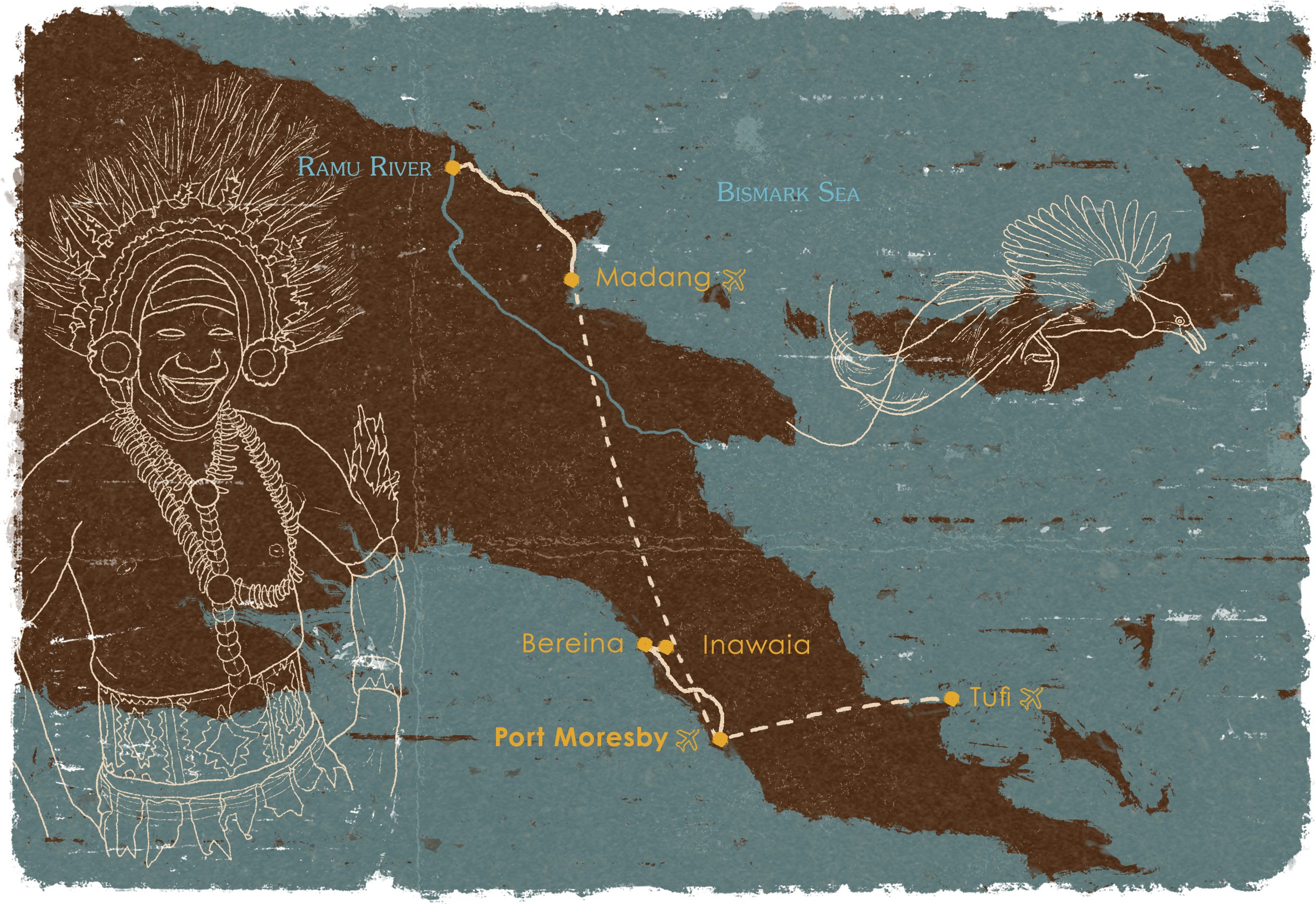 Sorry, currently we have no scheduled departures to papua-new-guinea-en. We can also organize a tailor-made trip for you. Please fill out the form below commenting on your interests. 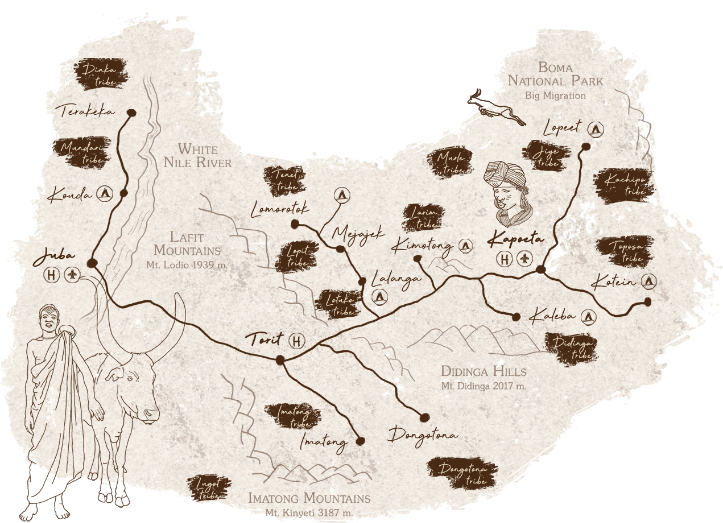