Last Tribes of Angola is the first book of collection that plunges into the last “islands of cultural resistance” on the planet.
As a result of the joint work of the anthropologist Joan Riera and the travel photographer Aníbal Bueno, on September 28, the book “Last Tribes of Angola” was presented in public at the Altaïr bookstore in Barcelona.
Written in both English and Spanish and enriched with a wealth of photos, illustrations and maps, the book is a unique and visual guide of the most remote tribes in southwest Angola.

The southwest of Angola contains sixteen different cultural groups, each of them having its own culture, language and aesthetics. The book is a guide that structures the tribes according to their way of subsistence, that is, their economy. After presenting the sixteen tribes on the map of the region, the three socioeconomic groups are introduced, starting with those that base their economy on gathering and hunting; they are the first inhabitants of Angola and the minority tribes. Secondly are presented the semi-nomadic livestock societies that populate the desert area of Cunene and Namibe. Finally, the farming tribes of the fertile and cold Huila Plateau. In the analysis of each of the tribes, the authors discover through images and rich illustrations the territory they inhabit, their way of life, their beliefs and their aesthetics.

To conclude, an analysis is done on the challenges they currently face as cultural minorities,the threats looming over them and realistic formulas that allow them to protect their culture and territory.

The authors emphasize that, with the exception of some fine blacksmith it, wooden objects and domestic basketry, the highest levels of artistic expression among the tribal peoples of Angola is found in female hairstyles. These hairstyles indicate the social status, ethnicity and life stage of each individual.

The book can be purchased at selected bookstores and also online at:

The Last Tribes project is the result of 25 years of living with the last traditional ethnic groups of the world. Observing, respecting, sensing and even coming to understand these societies has led us to the conclusion that their disappearance would be a defeat for humanity. Last Tribes is a tribute to cultural diversity and a tool to try to preserve it.

These visual guides are designed to bring us closer to the reality of various cultural groups with their own worldview; with unique ways of relating to the environment around them, of beautifying their bodies and of interpreting the world. The collection of Last Tribes ethnographic guides presents, in an updated form, each one of the tribes and looks for realistic formulas so that these last cultures can preserve their unique way of life.

Joan Riera (Barcelona, 1978) is an anthropologist specialist in processes of cultural recovery among tribal societies. Co-founder of Last Places S.L., Joan combines academic research with the organization of ethnographic expeditions to the last tribes of the world.

Aníbal Bueno (Orihuela, Spain, 1981) is a scientist, writer and photographer who is an expert in documentation of minority societies. He divides his time between research, teaching and working as a travel guide to some of the most remote places on the planet, in the company he co-founded: Last Places S.L. 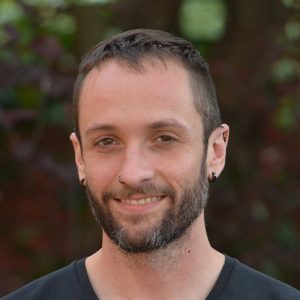 Guide, scientist, writer and professional photographer expert in documentation of minority societies. He distributes his time between research, teaching and working as a guide.

Below you will find the next departures that we have scheduled to visit angola-en.

Angola is a big, enormous country… unknown to the rest of the world, but that will change shortly. The weight of history is there and marks the present and we do not know to what extent the future, but its nature is recovering and the tribal cattle-raising peoples of the south continue to withstand the changing times in their own way.

Route designed to explore the remote southwest of Angola, live with different ethnic groups and photograph all its beauty.

New Year's Eve trip to one of the most interesting countries in Africa and also one of the least visited by international tourism. Its landscapes, Portuguese colonial heritage, and traditional tribes make it a kind of 'new Ethiopia'. The route combines nature visits by minibus with a tour of remote areas in the south in 4x4 vehicles.