The Republic of Benin is a small country of great contrasts, full of ethnic and cultural diversity.

In the south, the Atlantic coast, where the two big cities are located, Cotonou; economic capital, with its streets painted to yellow by the Zémidjan (motorcycle taxi), houses the largest market in West Africa. 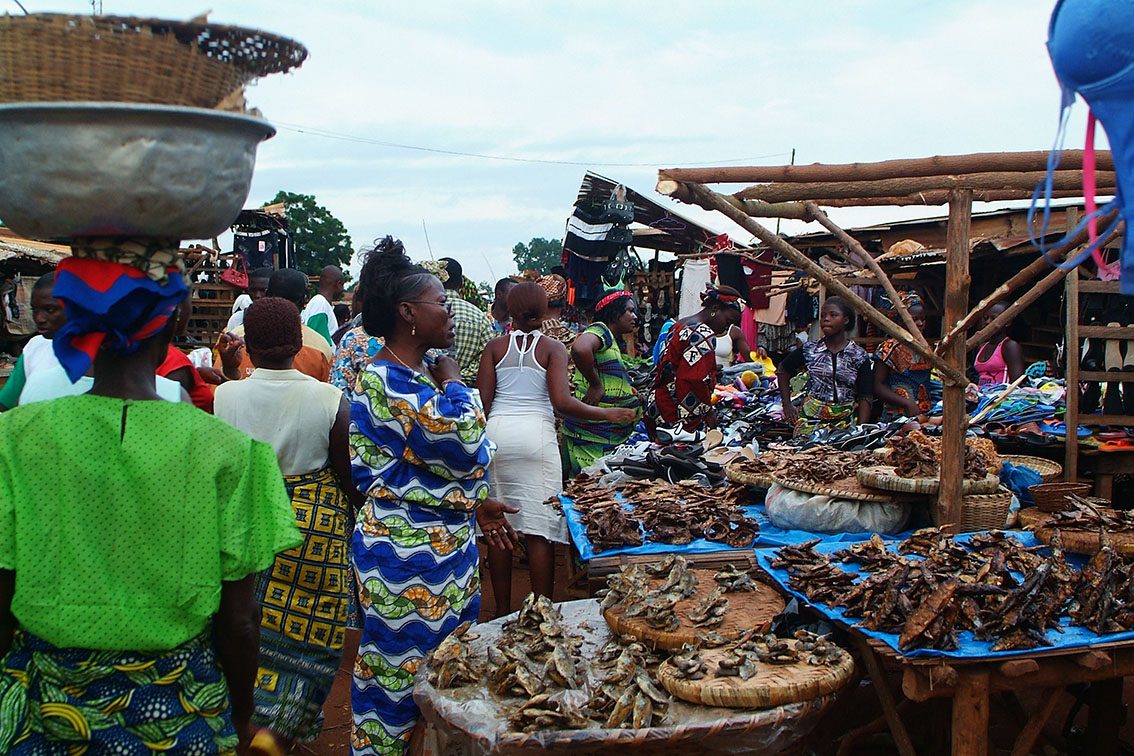 Not far away is the city of Ganvié, whose peculiarity is that there is no walking, only sailing! Their houses are built on Lake Nokué and their streets are made of water. In the east; Porto Novo; the official capital of the country, with its colonial architecture, historical atmosphere and mixture of cultures. On the other side, in the west, Ouidah, former port of "export" of slaves and current capital of Voodoo; religion of origin the most widespread animist religion in the country, and that it is interesting to know about its origin since it misunderstood and has little to do with the idea that you very often have of it. Grand Popo, the city preferred by Beninese people to relax and enjoy the beach and the Caribbean atmosphere. 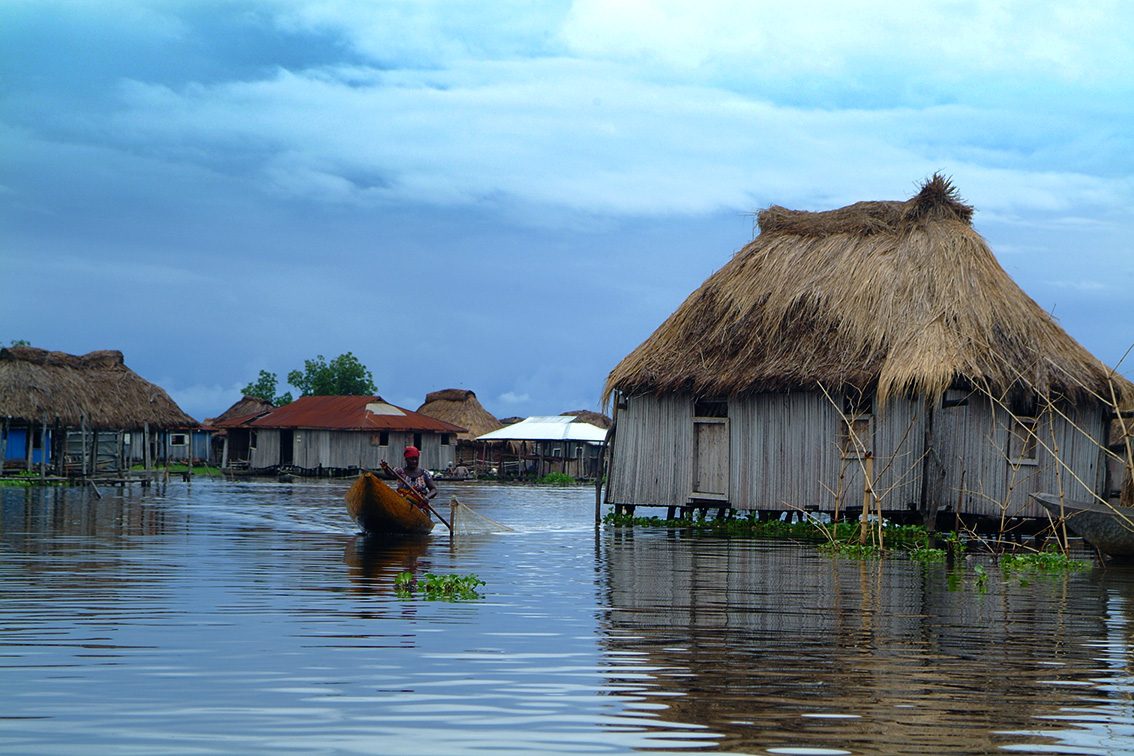 In the interior of the country we find Abomey, the historic capital of the powerful kingdom of Dahomey, where is the set of royal palaces, World Heritage and where the greatest number of societies of Voodoo tradition is really concentrated. And more to the east the village Holli, Ethnic group that formerly "dressed" with very showy tattoos and sharpened their teeth, although today this practice has been lost and only those over 50 years old look like this. In a few decades, this singularity will remain only in the photos, books and in the memory of those who have known them. And Dassa, place of Catholic pilgrimage, although the most beautiful of the place are its emblematic hills. 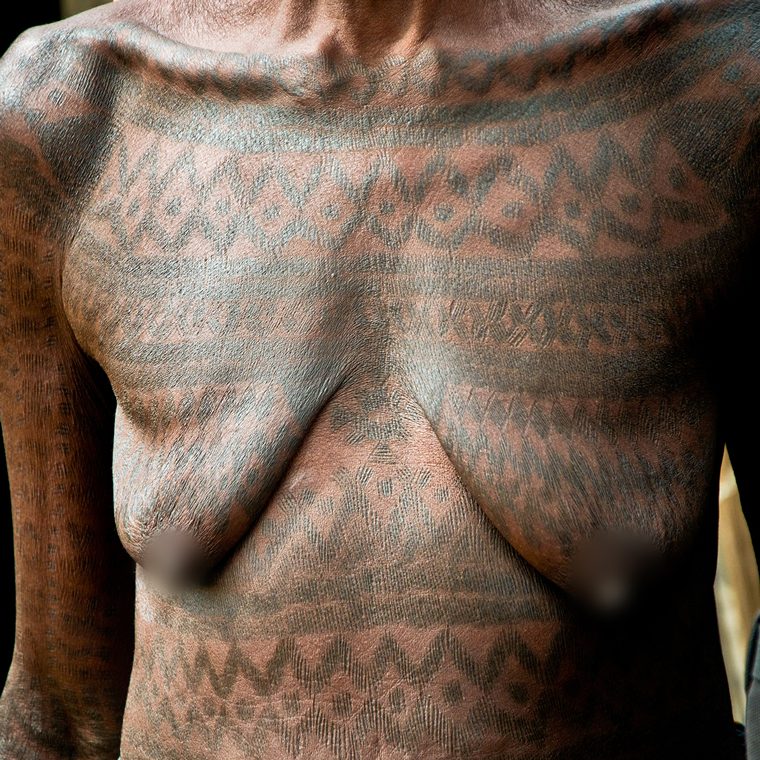 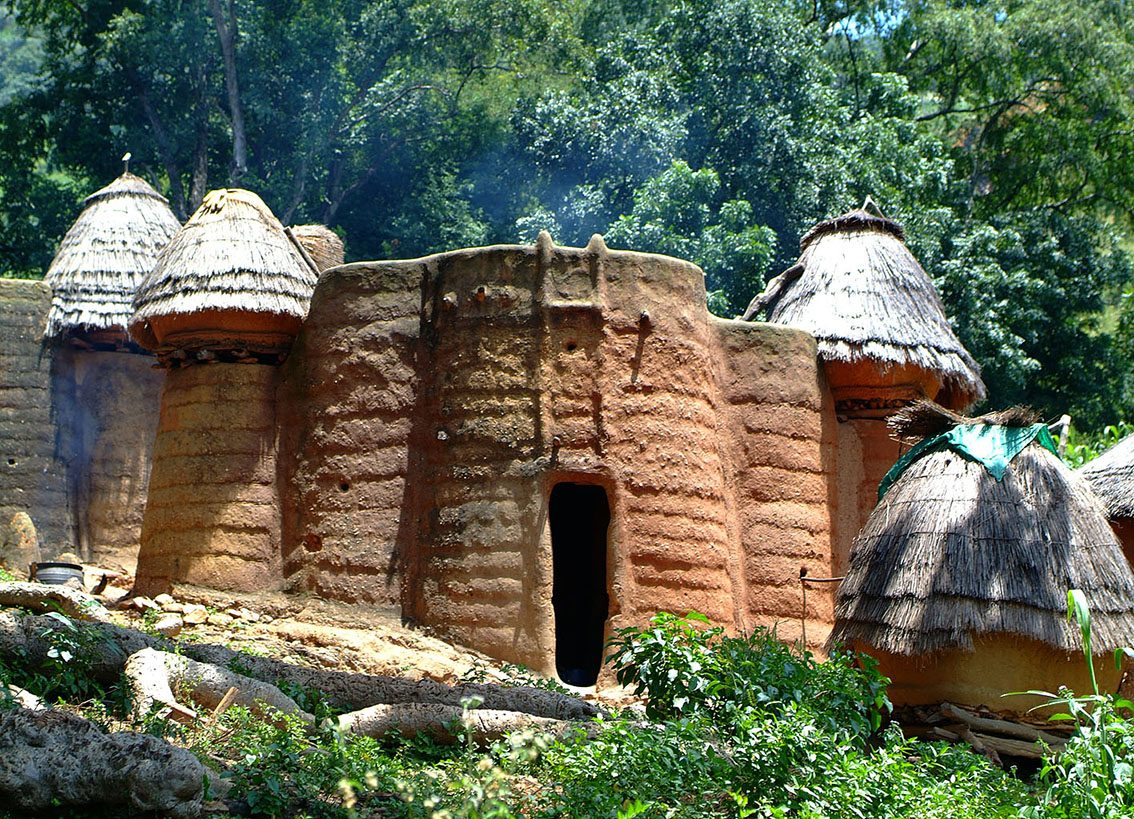 And in the north? ? Oh, the north... The ancestral architecture of the "tata somba", small two-storey "castles" built entirely with natural materials at the hands of the Otamari people, animist ethnic group with fine and dense facial scarifications. The Fula or Peulh, the most widespread nomadic (now semi-nomadic) herder ethnic group in Africa, from Mauritania to South Sudan, with its extravagant and elaborate hairstyles, its colorful ornaments, its perishable houses and of course its rich cheese made from cow’s milk. 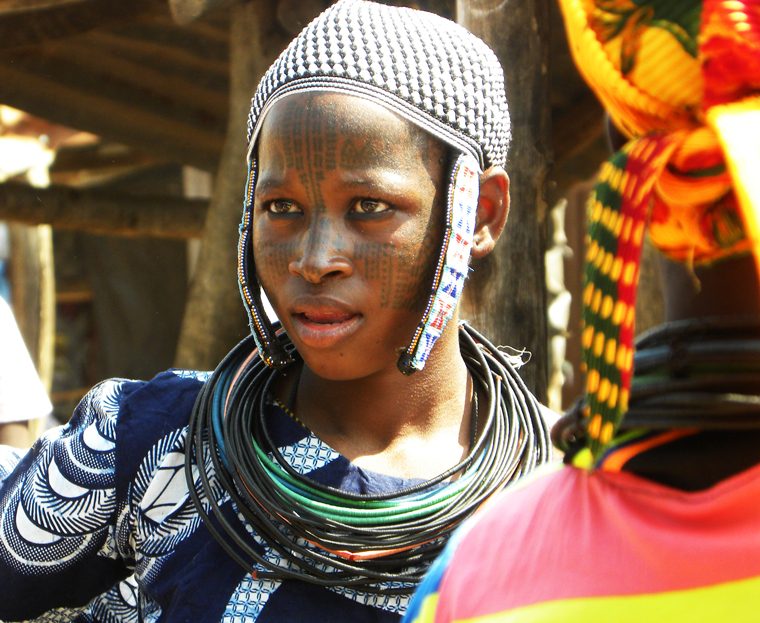 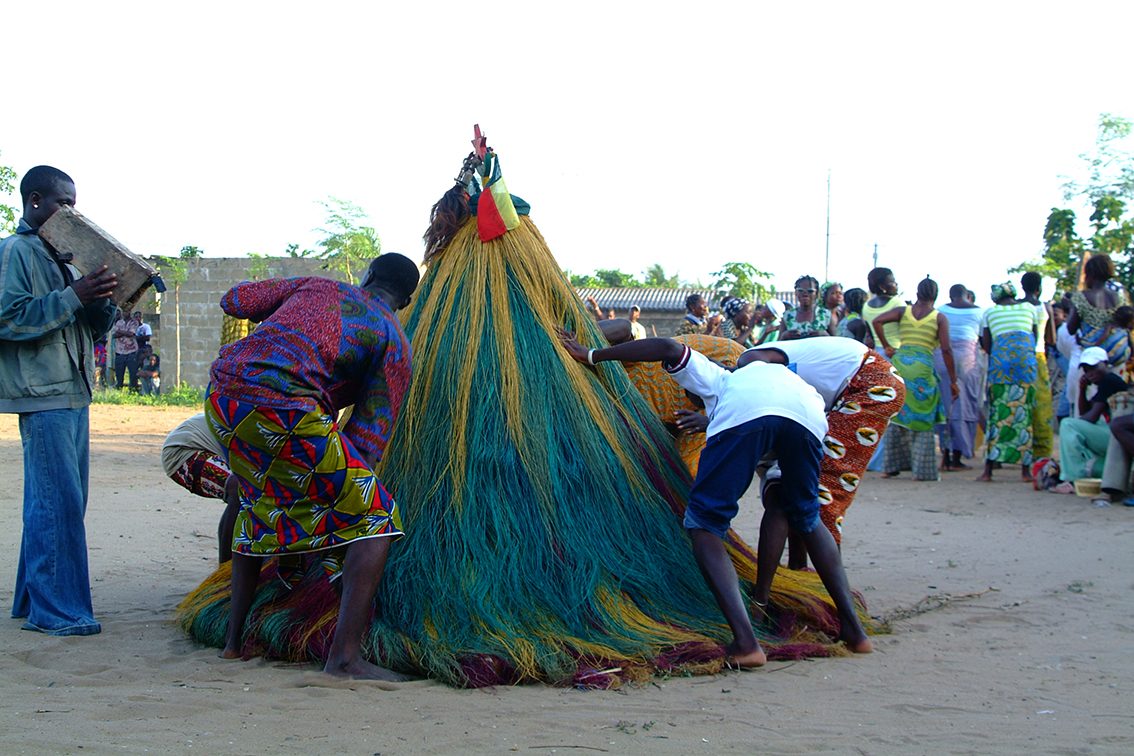 In the whole area of influence Voodoo you can breathe the atmosphere of this religion that not only covers the spiritual life but also the social and above all cultural environment. In our journey, "if the gods are propitious", perhaps we can enjoy some of the ceremonies linked to voodoo; Zangbeto, Gueledé, Egungún or rituals directed to the gods... although as I always say, "the journey depends on the heart of the traveler".

Although you know a little about Africa I’m sure our destination will surprise you, and if you don’t know it yet, you will be even more fascinated; the markets, the colors, the tasty fruit and take a refreshing drink in the shade, the inner wealth of people... All that African essence can be found concentrated in Benin. 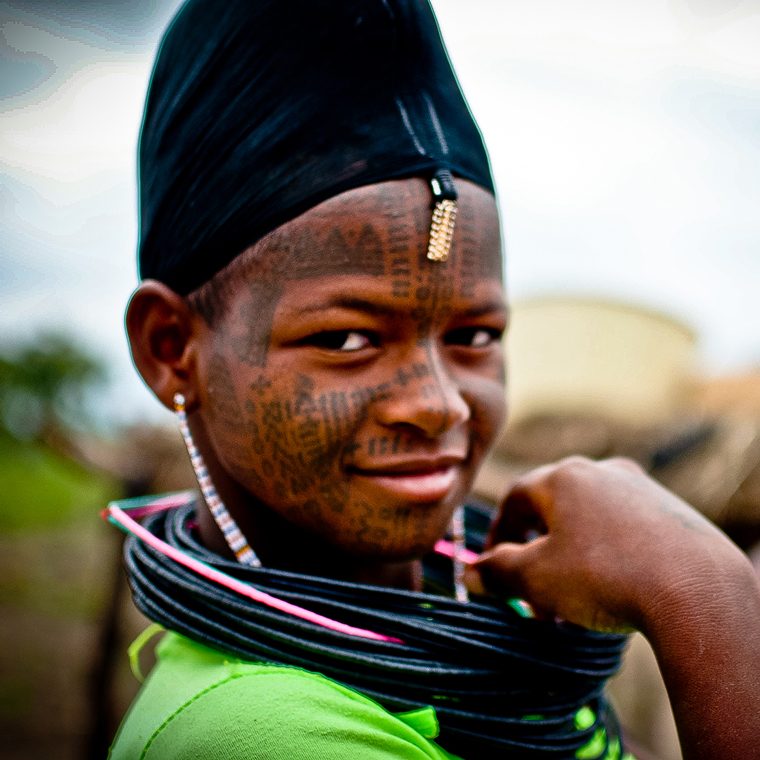 I am Stanis, born in the center of the country, with a family heritage closely linked to the Voodoo tradition since my great-grandfather was Guedegbé; the chief priest of Behanzin, last king of Dahomey before the French colonization. 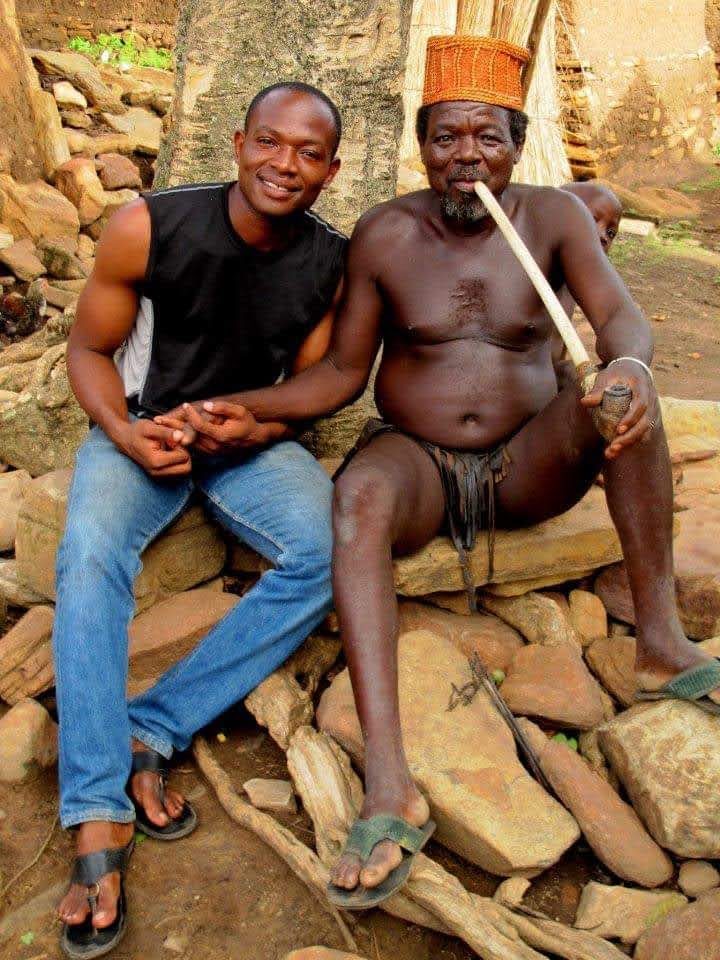 I have 15 years of experience accompanying travelers, curious interested in opening their mind and heart to know more about our places and our culture. I have extensive knowledge about the history, places and cultures of my country, above all about Voodoo, which against the image of it in the West, is not a satanic and evil practice but rather the opposite, and I encourage you to discover it. 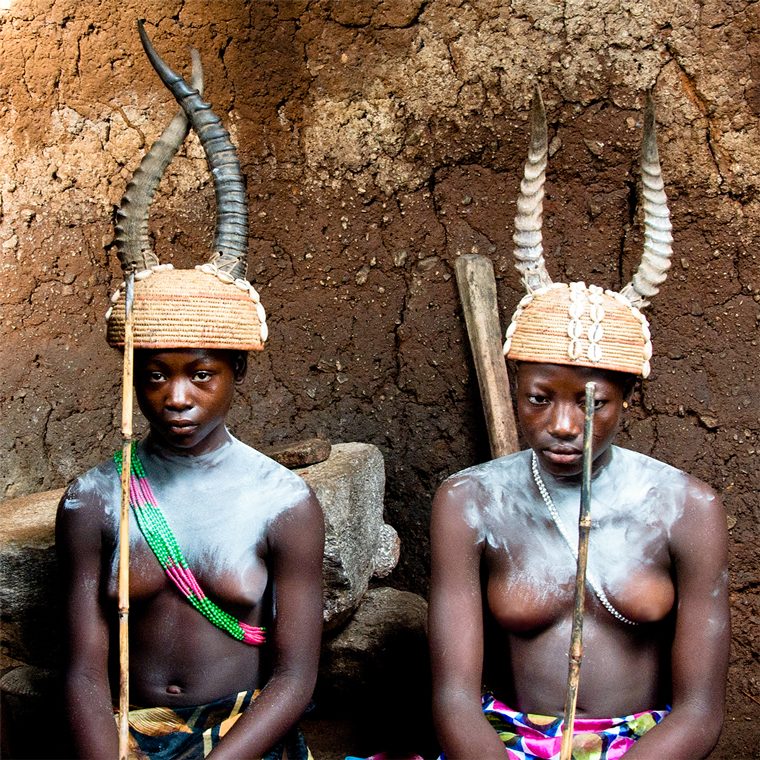 Do you fancy it? Well I have great news for you, next April 1, 2021, we start a complete tour of my country. It will also be a transformational journey, because apart from seeing everything what I have mentioned to you, we offer each traveler the possibility to discover their "guiding symbol" through the oracle of the Fâ, a science of geomantic divination of ancestral origin, perhaps the oldest on earth. This is an unprecedented experience for travellers, and that in voodoo culture is very important because obtaining this symbol is essential to achieve a full life and in harmony with your essence, so it is worth knowing it. It is said that the Covid has come to transform us, so let us do it well! 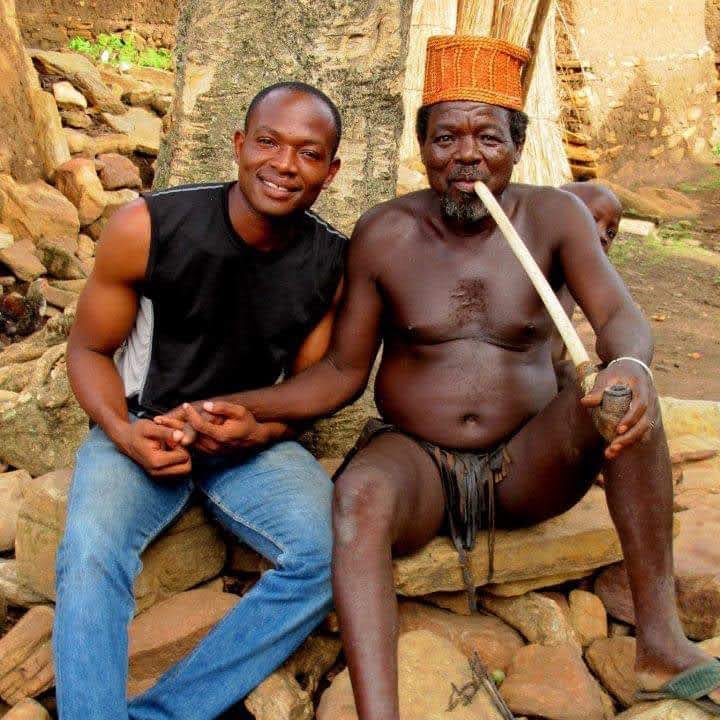 Stanis Davakan, is an indigenous guide from the center of Benin, an expert in animism and in the history of the country. Stanis has a family heritage closely linked to the Voodoo tradition since his great-grandfather was Guedegbé: the chief priest of Behanzin (the last king of Dahomey before French colonization). He has 15 years of experience accompanying travelers, curious people interested in opening his mind and heart to learn more about the places and culture of Benin. He speaks French, English, Spanish, Catalan and seven local languages of Benin. He has extensive knowledge about the history, places and cultures of his country, especially Voodoo, which, contrary to the image of him in the West, is not a satanic and evil practice but rather the opposite.

Sorry, currently we have no scheduled departures to benin-en. We can also organize a tailor-made trip for you. Please fill out the form below commenting on your interests.

See all departures
We use cookies on our website to give you the most relevant experience by remembering your preferences and repeat visits. By clicking “Accept All”, you consent to the use of ALL the cookies. However, you may visit "Cookie Settings" to provide a controlled consent.
Cookie SettingsAccept All
Manage consent