Last Places organizes trips to Equatorial Guinea throughout the year

Equatorial Guinea is a country marked by 3 stages; the African, with Bantu invasions, tribal wars and an artistic explosion. The Spanish, with the social, cultural and economic shock of the process, and the oil boom from the 2000s.
Spain had a colony in Black Africa; the territories of Fernando Poo (Bioko Island), bought from the Portuguese and the Muni River, on the mainland, a square of virgin forest inhabited by the cannibal tribe of the Fangs. Every territory colonized by another culture produces new and unique realities.
Equatorial Guinea is a Last Place due to its international isolation, cultural and social rarity, the particular heritage of Spanish colonization (the only Spanish-speaking country in Black Africa) of part of the country and the grotesque money that now seems to be running out. It is the least visited country in Africa and one of the countries with the greatest diversity of flora and fauna in relation to its size.
Last Places proposes very complete trips to Equatorial Guinea combining coexistence with the last ethnic groups that still keep their culture alive in the interior of the country, with excursions through virgin nature (Isla de Bioko and Isla de Corisco) and visits to colonial architecture (Malabo) and unique buildings (Church of Batete). In Last Places we are interested in delving into the Spanish colonial heritage in a pure archaeological style and we immerse ourselves in pre-colonial Guinea, witnessing syncretic rituals of Bwiti and analyzing what remains of the Bubi Kingdom of Moka and the fang facial tattoos of Ebebiyín.

Spanish decadent aroma with tropical touches. The popular neighborhoods of Malabo, Creole buildings and the game meat market give the capital of Equatorial Guinea a unique point.

Moka, capital of the Bubi kingdom

Moka is the former capital of the last free kingdom of the Bubi tribe. Point to explore the essences of this island town and visit Lake Biao and Iyadi Falls.

Primary forest that houses several endemic species of fauna. Apes stand out, among which is the Bioko drill.

The best getaway to white sand beaches, warm waters and palm trees is found in Corisco, an island inhabited by several families from the Venetian tribe, with their own Creole language and syncretic customs.

Old Spanish colonial city in the middle of the jungle. It is currently the seat of an important cross-border market. In Ebebiyín are the borders of Equatorial Guinea, Cameroon and Gabon. It is the base for exploring traditional Fang villages.

Monte Alén is a National Park of about 2000 km2 that extends along a plateau and several mountain ranges covered in jungle. You can find lowland gorillas, elephants, chimpanzees, buffalo, crocodiles, leopards, numerous endemic species of butterflies and among the rich biodiversity that it presents.

Kogo is a small colonial city on the estuary of the Muni River. The dominant ethnic group is that of the Endowés (local ethnic group known as 'playeros'). The area offers the possibility of visiting colonial buildings from the Spanish era and villages of communities of the Venetian tribe or beach people.

In the region between Ebebiyín and Mongomo we can find Bwiti cult temples (a religion that mixes animist fang cults with Catholicism). In some Bwiti rituals dances are performed with masks.

Download the Equatorial Guinea fact sheet to access detailed information on the visa, mandatory vaccinations, currency and payment methods available at the destination, weather, reservation policy and travel contracting and more. You just have to fill in the following fields and we will send you the file by email.

Our Blog is a space for sharing experiences, knowledge and all kinds of content from our trips. Below you will find publications related to Equatorial Guinea so that you can discover more about the destination, the ethnic groups that live on their land, their architecture, customs, ecosystems, etc. 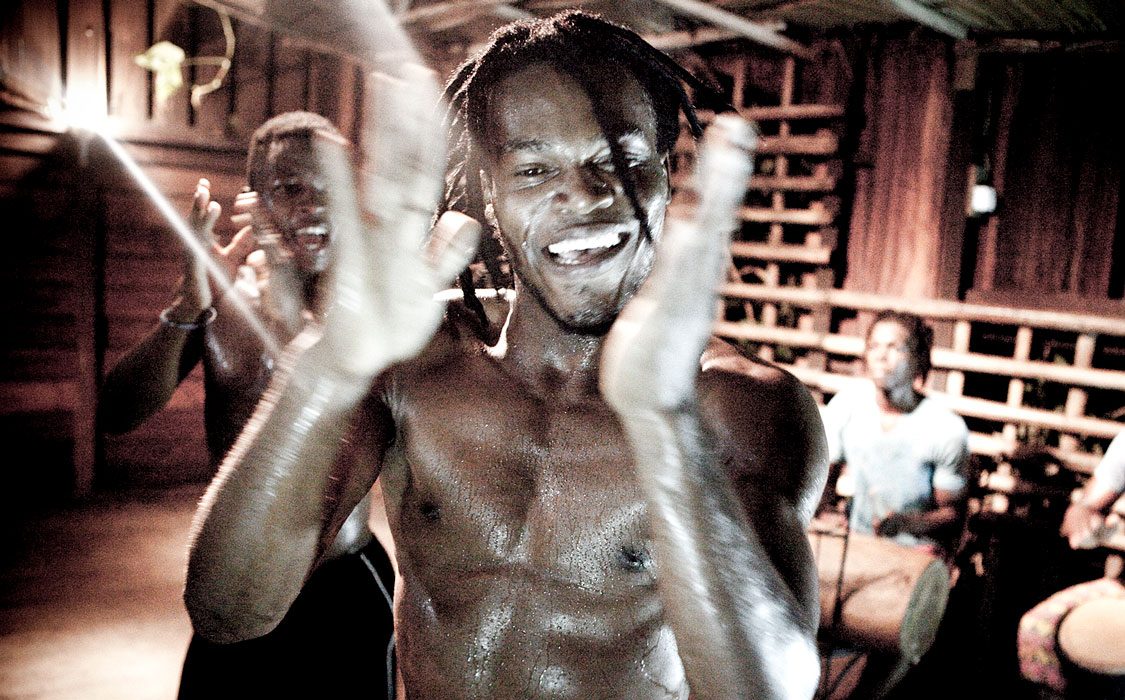 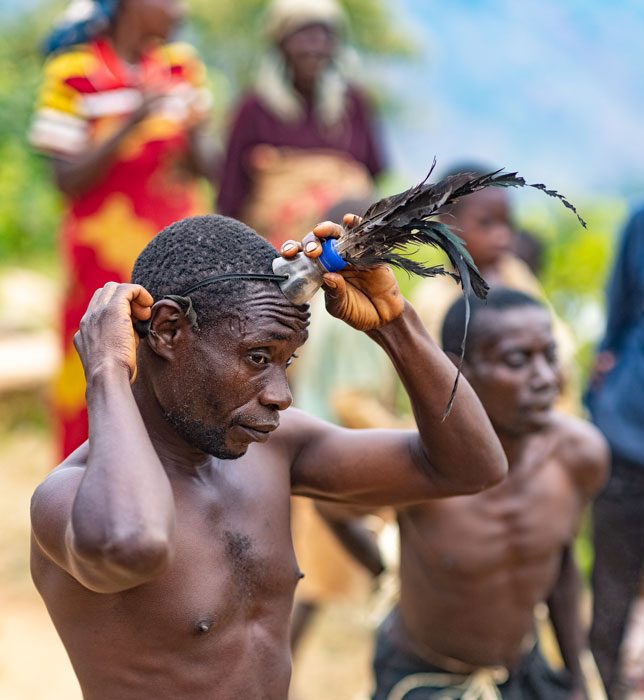 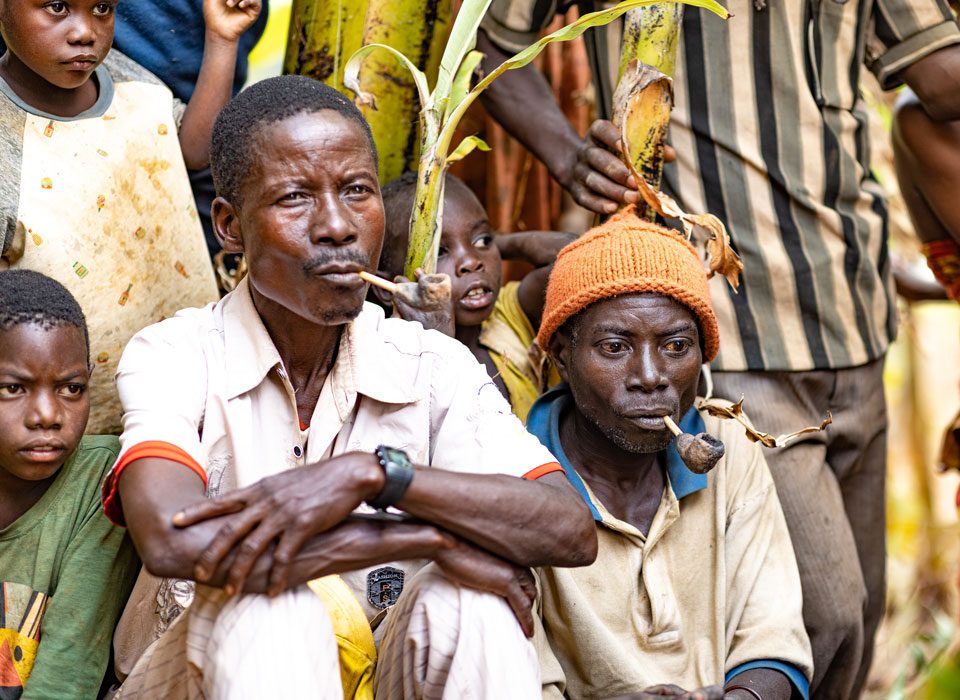 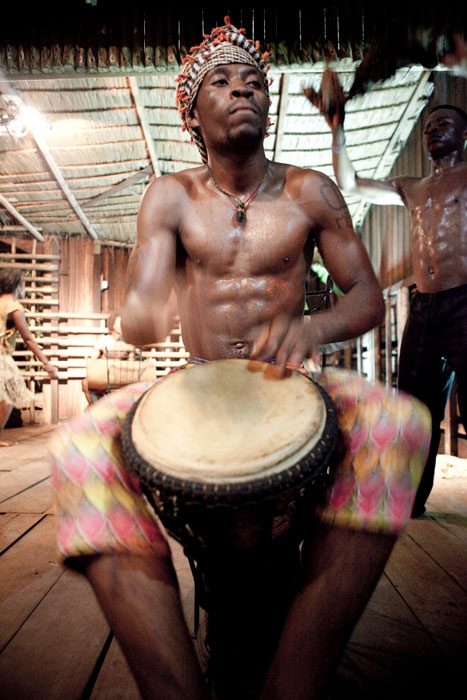 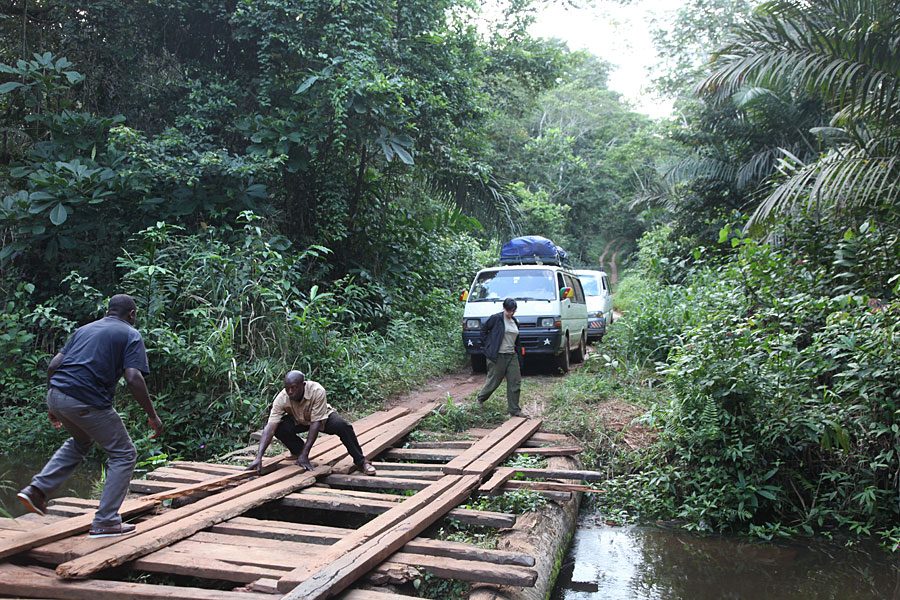 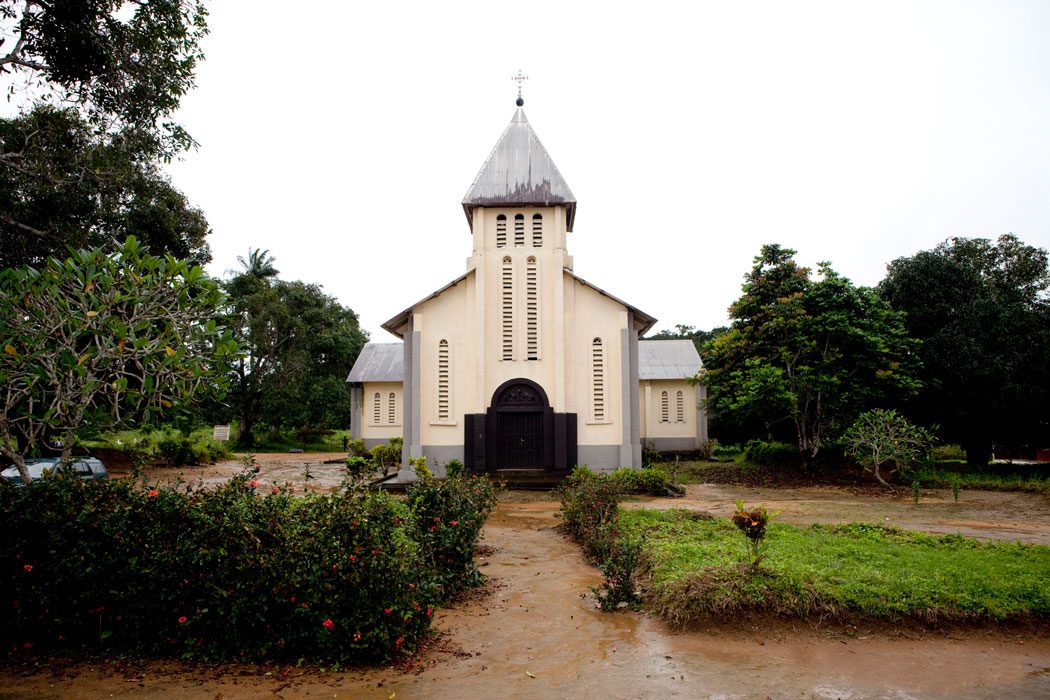 Join us on one of our next trips to Equatorial Guinea

Below you will find the next departures that we have scheduled to visit equatorial-guinea-en.

We will visit the island of Bioko, as well as the continental region of Equatorial Guinea. We will enjoy different natural landscapes. We will value the colonial remains of the Spanish era to understand the different historical moments of the country. We will meet different ethnic groups (the Bubi, the Fernandino, the Fang and the Ndowé) and we will witness Bwiti ceremonies and ancestral dances.